Post-Covid world and a question of boundaries

Through the pandemic, boundaries between professional and personal worlds became porous. To set up a team meeting earlier, the organizer had to check availability of the attendees, send out a calendar invite and show up for the meeting. But now, even unavailability has to be taken into account! The nine-hour block that used to be common for everyone to set up “work stuff” became a malleable continuum of time, and getting meetings organized became akin to solving a jigsaw puzzle.

Employees juggled with many “at home” responsibilities during the day that were previously attended to “outside of work”. But with so many of us working from home, “outside of work” disappeared, rather work came into the home.

To compensate for not being able to put in 9 straight hours, employees in turn, stayed up late, or logged in early. Other employees preferred the office environment as it allowed them to focus better than at home. Either way, the mental switches that employees had to make between personal and professional tasks, took its toll on productivity, as also on mental wellbeing.

As more time passed, people made more longer-term arrangements to work from home, and got better at organizing their time around personal and professional priorities. As the pandemic eased up and people started trickling back to office, the comparison was not with how things were before the pandemic, but what they had gotten used to during the pandemic – a settled lifestyle that allowed them a sense of balance. Going back to work seemed unnecessary considering work was getting done over the last two years. People started seeing the demand to go back to work as an unnecessary and unproductive demand on their limited time.

Employers have had their own constraints. Hiring has continued throughout the pandemic and many companies are in a position where a majority of their new hires in the last two years have not met their counterparts in person. Working through video meetings can be a convenience but it doesn’t substitute the in-person meeting. Understandably, companies are hoping to start bringing their new hires back to work, so as to allow them the benefits of making connections and building greater context at work.

It seems as if there is a movement for, as well as against employers calling employees back to work. On one hand, there are companies that have shown flexibility in letting teams decide their norms of working. In other instances, companies have asked their employees to start returning to work by a particular date. Many others have gone the other way and declared a “work from anywhere forever” policy.

If this is being framed as an “employer vs employee” question, then that is an over-simplification. The better question is, whether employers and employees communicate clearly with each other about how they can align themselves and support each other in their priorities.

Employees have never been so clear about what they want, and candid about expressing their needs. Employers will need to be open to that, while being clear about stating their needs too. That is at the heart of assertive behaviour! To allow each other room to express our needs and find a way to break a deadlock!

One other thing – “normal” is glorified! There never was “a” normal. Normal for someone who lost a job, someone who lost a loved one, a company that had to shut its operations, or someone who had to postpone their wedding – normal is different for each of them. And if we thought that we were ever going back to normal, then the question arises – which normal are we talking about? What was prevalent two years ago, was the norm then. We have gone through an inflection point that has forced us to relook the norms of things should operate now.

Are we going to recognize our boundaries but be willing to work through those to articulate and achieve common goals? Or are we going to agonize over how things were in the past, and miss out on an opportunity to evolve and grow? The question begs an answer!

Information About the Author 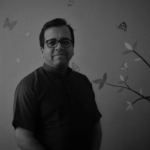 Nikhil Damle is a Catalyst Coach at Iridium Coaching and Learning and a Technology, Banking and Operations Enterprise Executive with 20 years experience in these combined domains.