After Action Review - Realising the Value

What is an after-action review (AAR)? It is a tool in knowledge management to review what happened in a project. Its purpose is to improve future projects but using it effectively often seems a challenge.

An AAR forms part of the continuous learning cycle and is a step-by-step process designed to critically examine what happened in a project and compare it against what should have or was expected to happen. The aim of this is to identify learning points to take away and use to improve future projects. In an ideal world the knowledge gained from this process would then be available to people taking part in future projects. The reality is often that the AAR is seen as a tag on piece at the end of a project to conclude the project and is often given little importance or time by those involved.

In fact, for it to be valuable the AAR needs to grow in importance for the stakeholders involved. It needs to be dynamic, actively influencing future projects, and not seen as an end in itself. When we look at how it is used in action effectively by the US army, who are credited with developing the formal process, we can see just how important the process is and how it is seen as critical to future action. HBR’s article 'In the thick of it' gives a very detailed illustration of this. The key lessons I took away from it were lessons learned need to be more readily available, and used more immediately, rather than creating sets of knowledge assets that are filed away for a rainy day. The article references several oranisations who despite conducting AARs were still making the same mistakes repeatedly, re-discovering the same lessons learned, because their lessons learned were not readily used and put to the test and validated.

AARs are not used as frequently as they should be. On longer projects that run over months and years, running an AAR at the conclusion relies on stakeholders having good and detailed memories of the project at every stage-- but of course, this just isn’t reasonable. Longer projects would benefit from a succession of AARs at intervals throughout the project, which would enable responses when reviewing situations to be specific and more accurate and would also enable lessons learned to be more immediately applied to what was happening next.

The AAR is not a meeting, but an active process conducted in a ‘safe’ environment which focusses on improvement and not blame and where everyone at the table is on an equal footing. AARs should be conducted with the same rigour whether they are reviewing a failed project or a successful one. Lessons learned can be as much about taking future successes forward as avoiding past mistakes.

The AAR is a simple yet effective tool but like with everything it needs to be used in the right way. Producing actionable insights that are immediately relevant to those involved and others on similar projects is important in using the method effectively. Communication of those lessons, and adapting them to be applied in different situations, will ensure that repetition of mistakes is avoided. Using the AAR method diligently and frequently, producing lessons learned that are specific, practical and that can be applied to future actions immediately can enable an organisation to be flexible, adaptable and move more easily in competitive marketplaces.

Information about the author 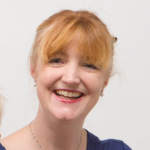 Independent Consultant in the Knowledge and Information Sector

Claire Laybats, is an Independent Consultant in the Knowledge and Information Sector, former Head of Commercial Development at Jinfo and Head of Information and Knowledge consultancy at TFPL.